Built as the support vessel to Royal Huisman’s 58.5-metre superyacht Phi, the 36-metre Phi Phantom has been delivered to her owner. Phi Phantom was built by Alia Yachts and was launched earlier this year. 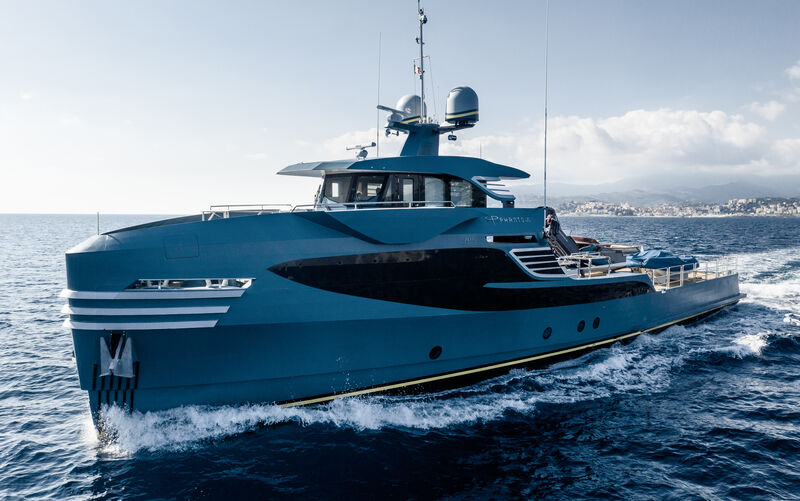 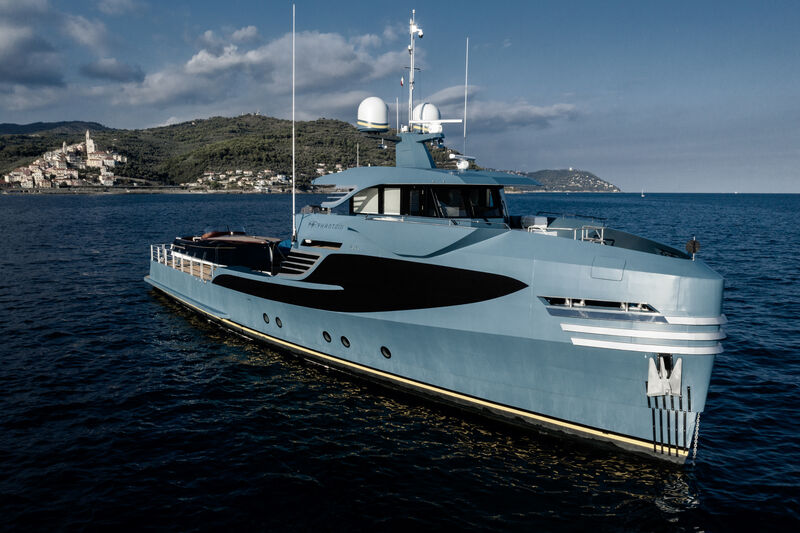 Cor D. Rover Design penned Phi Phantom‘s exterior lines in tandem with her mothership, including design features such as the same striking blue tone and similar stainless steel grilles on her bow and superstructure. 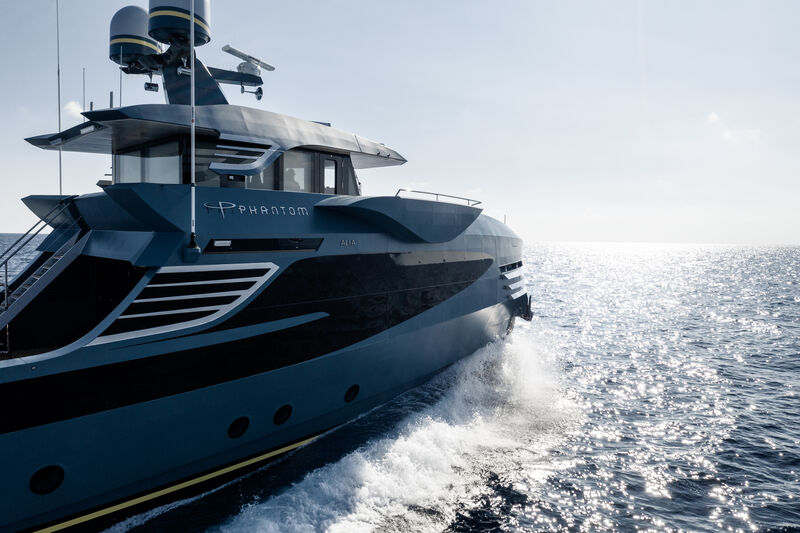 “The exterior styling of Phi Phantom has everything to do with her mothership Phi and at the same time she is really and literally a shadow of the longer beauty queen. So, we simply looked at the design DNA that we gave mothership Phi, which consisted of a set of organically carved sheerlines, contrasting black and blue surfaces, and sharp edged and curved wing stations. As much as we were able to, given the constraints, we applied this DNA to Phi Phantom. Alia did a fantastic job in sculpting our ideas into aluminium without the forgiving help of filler materials,” remarked Cor D. Rover. 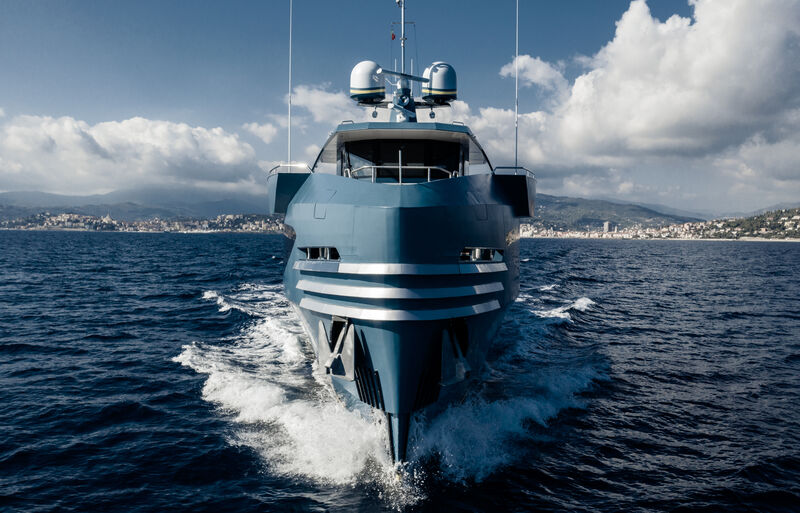 Phi Phantom will be poised with the task of carrying Phi’s tenders and toys, such as a 12.3-metre Spirit tender, an 11-metre Axopar tender, JetSkis, bikes, a car, and more. She will also be tasked with keeping up with her mothership, and has a range of over 6,000 nautical miles while cruising at 11 knots. When her engines are firing at maximum capacity, she is able to reach a top speed of 21 knots.

Van Oossanen Naval Architects’ Fast Displacement XL hull contributes to her impressive performance capabilities. “It was clear from the start that the long and slender Fast Displacement XL would be highly beneficial for application to a chase yacht. The extra length directly translates to extra deck space, which is the main purpose of a chase yacht and will add versatility, high fuel-efficiency and comfort. Because of this Phi Phantom can easily be considered equal to chase yachts of much higher length and tonnage,” commented Perry van Oossanen of Van Oossanen Naval Architects. 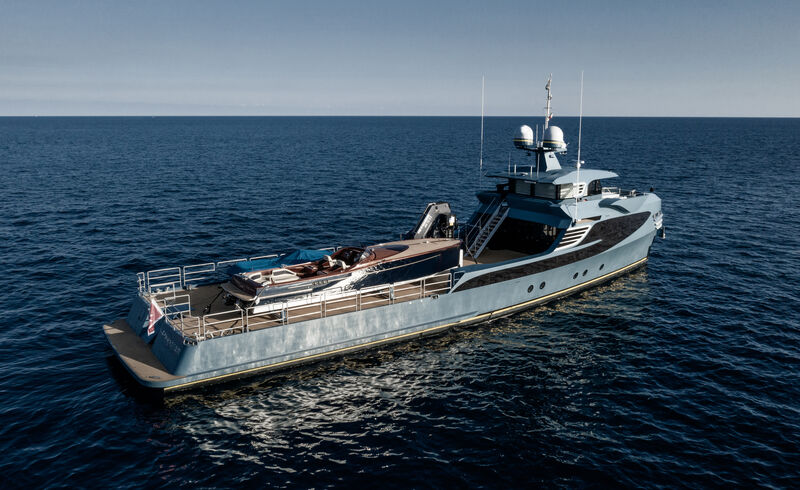 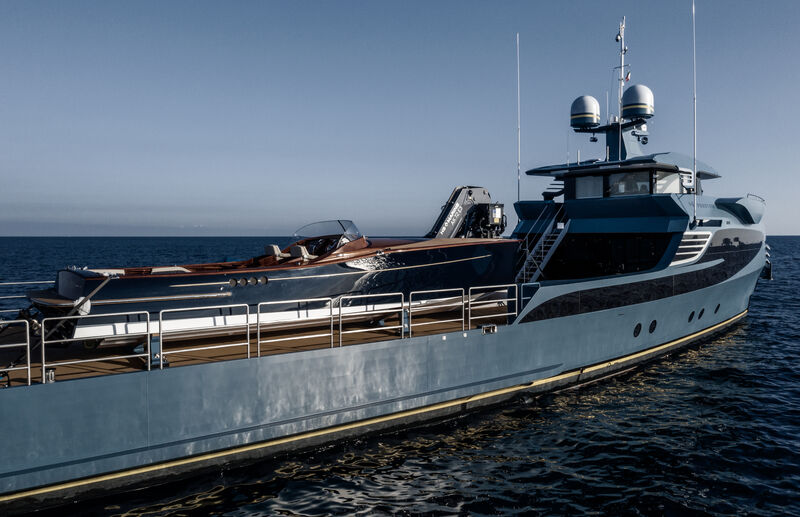 In addition to her extensive carrying capacity, the 199 GT yacht will host up to three permanent crew in three cabins, and an additional stateroom has been dedicated for a guest. Phi Phantom will also store fuel for her mothership, to help bolster her range and has additional laundry facilities to help Phi operate optimally. 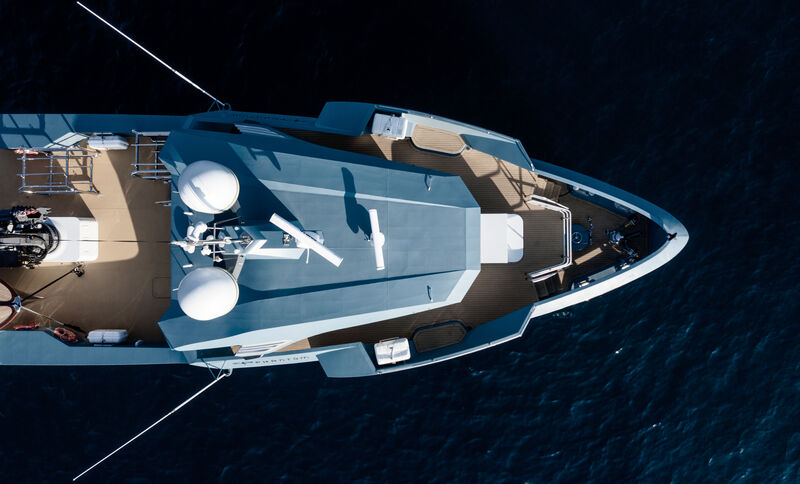 “We are so proud to see Phi Phantom floating. The very engaged owner has worked with us every step of the way, giving us the support we needed to complete some very specific requests, including the requirement to use no filler on the hull,” said  Gökhan Çelik, President of Alia Yachts. “All our skills as a yard have been brought to bear in the creation of a yacht whose capabilities will make her a joy to use in the many adventures that lie ahead of her. We wish Phi Phantom, her mothership and those who sail in them all the joys of the high seas.” 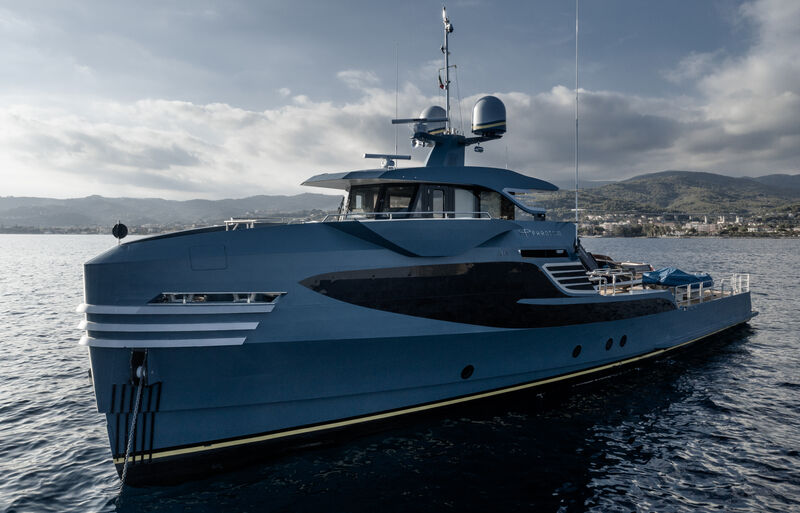