The Italian shipyard Benetti has unveiled the first 49.9-metre B.Now 50M, the superyacht Iryna. The shipyard has made the announcement that the unveiled yacht marks a new chapter in the history of Benetti. The B.Now 50M is one of four models in the B.Now series, with lengths of 50 metres, 58 metres, 66 metres and 72 metres. 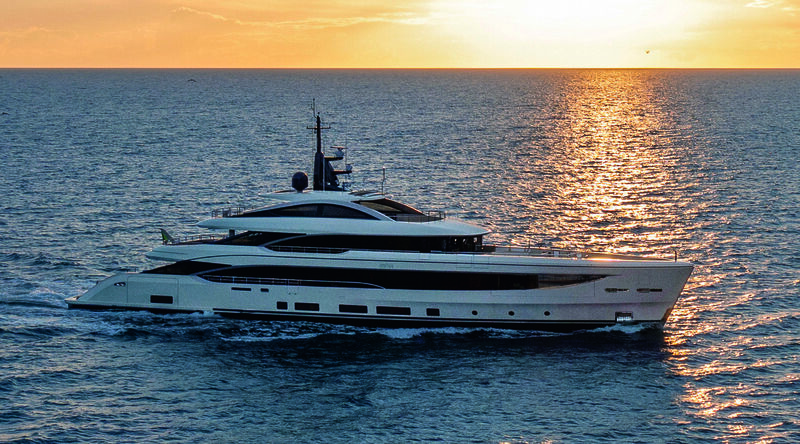 The design studio RWD is behind the superyacht’s design, which features a 36 square-metre beach club and an infinity pool that appears as though an extension of the stern deck. Nearly half of the yacht’s liveable surface is outside and custom interiors can be offered for all Benetti B.Now owners.

Iryna can accommodate as many as 10 guests between five staterooms, with interiors from the boards of Salvagni Architetti and naval architecture by her builder Benetti. The yacht is powered by twin MAN engines to a top speed of 15 knots and a cruising speed of 13.5 knots.

The B.Now series feature a reduced construction time of 30%, facilitated by the shipyards construction technology, combined with the fact that all models feature the same slender hull. All four models can be built with the Benetti Oasis Deck which has been gaining in popularity.