The first high speed motor yacht Tecnomar for Lamborghini 63, has been launched in Marina di Carrara, Italy, by Tecnomar, one of the shipyards of The Italian Sea Group. The motor yacht is the result of a collaboration between the shipyard and the super sport car company, and has been inspired by the Lamborghini Siàn FKP 37. 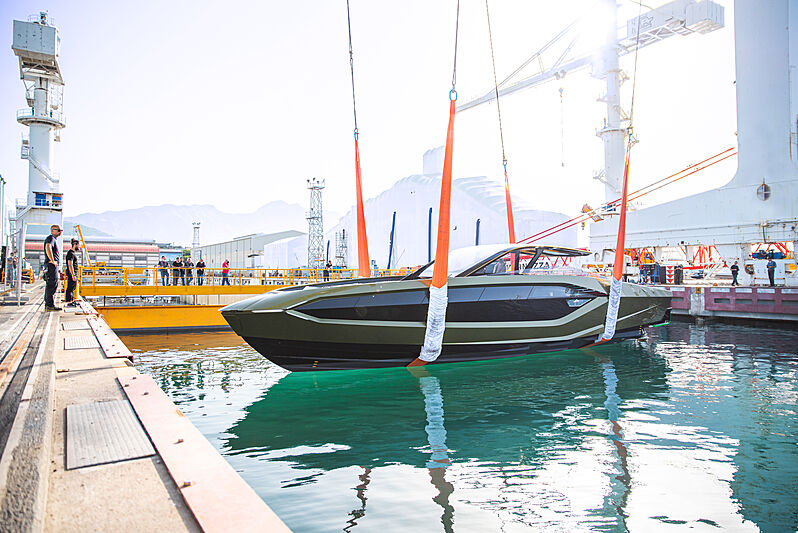 The 19.2-metre motor yacht includes two innovative elements, speed and lightness. Powered by twin MAN V12-2000 horsepower engines, the Tecnomar for Lamborghini 63 will reach extraordinary speeds of 60 knots, making her the fastest vessel of the Tecnomar fleet. Her carbon fibre construction, a material used extensively in the construction of Lamborghinis, affords the yacht the lightness to be classified in the range of ultralight vessels. 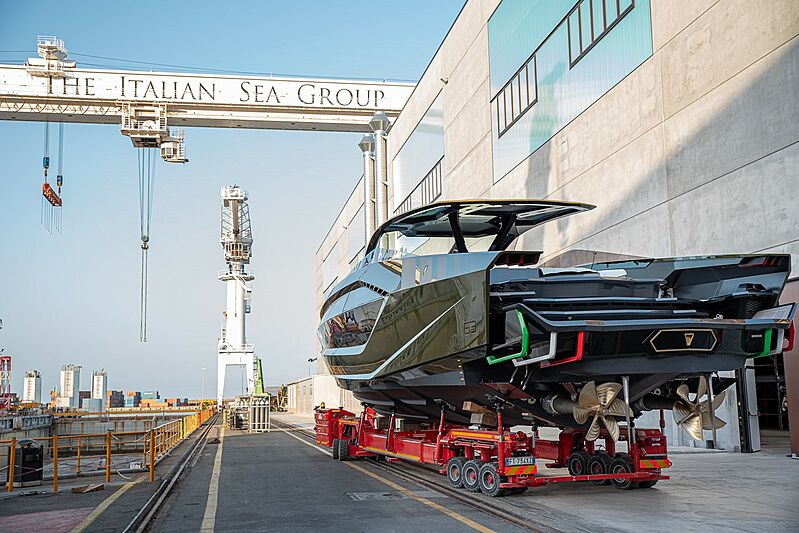 Her exterior lines give a clear nod to her four-wheeled counterpart, with a sporty silhouette and hard top inspired by the Lamborghini Roadster models. Internally, the arrangement and outfitting are designed to hark back to traditional Lamborghini design, with sharp lines, hexagons and sleek materials. 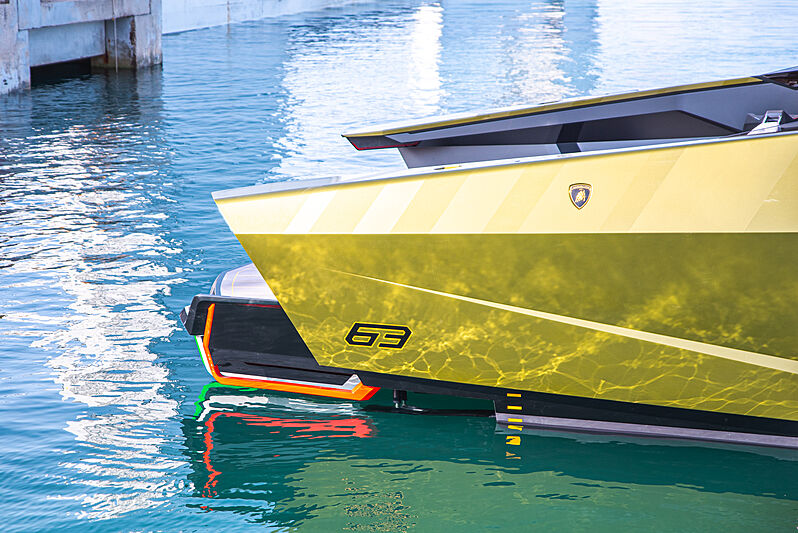 The Tecnomar for Lamborghini 63 series is completely customisable in colour and material. This first yacht has a metallic gold hull that reflects the surface of the water and appears to change in the light. Her cockpit has been completed in black, but owners have a variety of options for their colour combination, including blues, greens, reds and yellows. 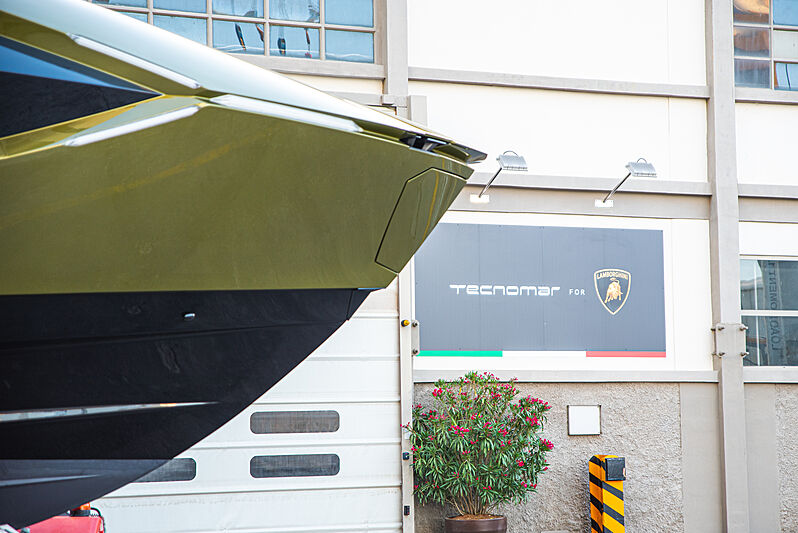 Following her automotive inspiration, the yacht has carbon fibre details on the seats and helm, made from Carbon Skin, and she even features the Start/Stop button, identical to Lamborghini sports cars.