In mid-2021 the South African shipyard Southern Wind announced a new sailing yacht concept, one that went beyond a single vessel and focused on a fresh new approach to semi-custom yacht design – ‘Smart Custom’. Created to enrich the process of yacht design and construction, the Smart Custom concept was unveiled alongside the first model which would feature the approach; the hybrid SW108. With exteriors and interiors by Nauta Design and naval architecture by Farr Yacht Design, the SW108 began with a formidable platform and it is no surprise that the first owners of the series signed on the dotted line before the end of the year. The husband and wife duo are enthusiastic sailors and they shared their experience of Southern Wind and the Smart Custom approach first hand with SuperYacht Times.

The SW108 is your first yacht, what encouraged you to go with Southern Wind?

Aside from a Laser dinghy I had as a child, she is indeed our first yacht, but we have been chartering with the children for around eight years in various parts of Europe and have become enthusiastic about sailing as a family.

We had previously chartered Southern Wind’s Freebird and Southern Star but had also sailed several yachts from Nautor Swan and Oyster which gave us a feel for the differences in character and execution between shipyards. What we liked about Southern Wind is the ability to reconcile strong performance with blue water cruising capabilities as well as the strong commitment to quality and reliability.

My husband is an engineer by training and did a huge amount of research before we made the decision to build the yacht. Our brief was to build a fast race-cruiser that is exciting to sail but could also cruise comfortably and safely around the world. We then evaluated the construction of a full custom yacht with other yards against semi-custom options, in particular with Southern Wind.

The Smart Custom approach of Southern Wind felt like an opportunity to benefit from all the lessons learned from previous successful series and to help shape an ambitious modern platform. 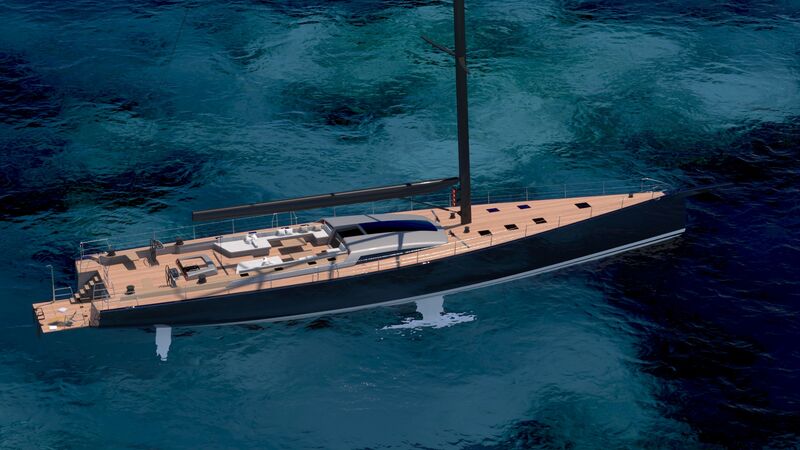 Why did the Smart Custom approach suit your desires?

We realised in conversations with other sailors that a full custom build is not only more expensive, but also comes with increased risk. As first time owners we were concerned about getting the balance right between performance and blue water cruising and between innovation and reliability.

When we studied the SW108 concept we realised that she was already quite close to what we were looking for. She is in many ways an evolution from previous successful designs like Taniwha, Morgana and SW96#04 and incorporates those learnings which gave us a sense of security. The Smart Custom approach then allowed us to customise the boat where it mattered to us. 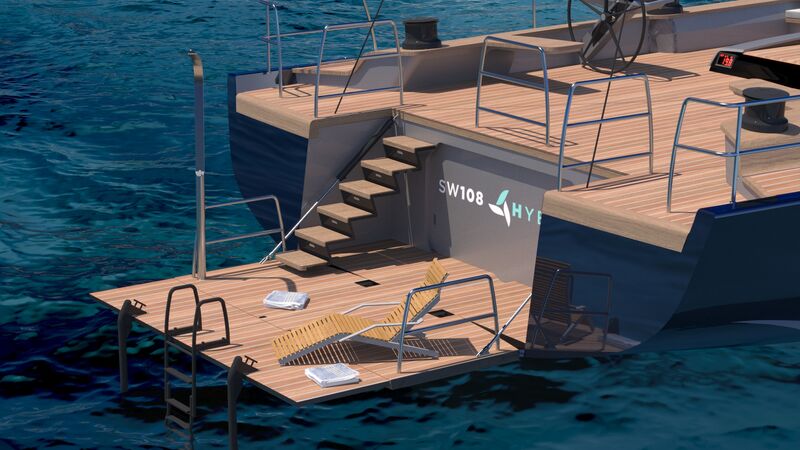 Your yacht is the first SW108 with an hybrid propulsion (system), was sustainability a motivator in you choosing her?

The SW108 is available both as a hybrid and with standard diesel propulsion, but it was obvious to us that hybrid propulsion will be the future of sailing. The idea of being able to be self-sufficient when there is enough wind and have a very quiet boat is why people fall in love with sailing in the first place – being immersed in their surroundings, in the sea and the wind.

We both drive electric cars, which we love for their silence and efficiency and of course because of the reduced emissions. I think hybrid propulsion will become the standard for sailing boats once the technology is more established and proven. We took comfort from the fact that the BAE system on SW108 has been deployed in countless buses and a number of commercial vessels for many years.

As an early adopter we expect to prove the reliability and performance of the technology in the yachting context and hope that this will encourage many others. Either way, it wouldn’t feel right to us to build a sailing yacht today without a sustainability edge. 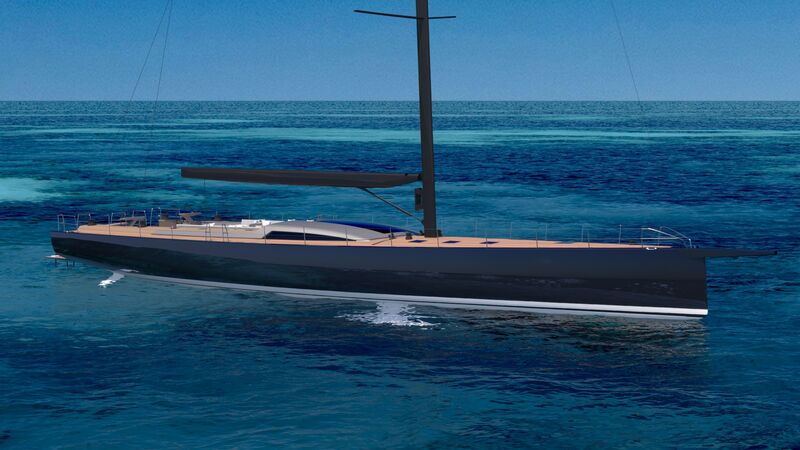 When you talk about that balance between performance and blue water cruising, what is it that you were looking for specifically?

We primarily wanted a yacht that is fast and exciting to sail but also wanted to have the option to compete in the future regattas. Jim Schmicker at Farr led us through numerous design loops to find the right balance between a substantially increased sail plan and righting moment on one hand as well as stability and overall seaworthiness on the other.

Our kids are also avid sailors and have been doing their crew qualifications. We loved the idea of building a boat that is fun and allows the whole family to participate and enjoy themselves on board. That is why the SW108 seemed like the perfect balance. 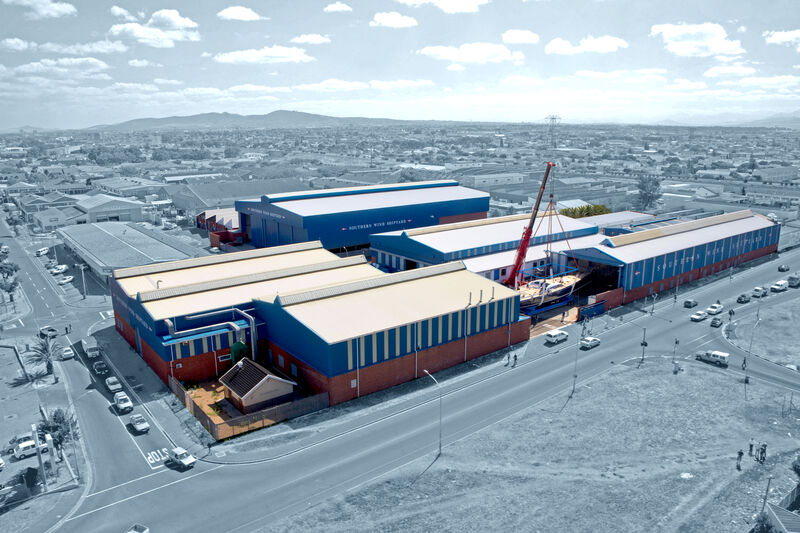 Photo: Southern WindWhen it came to the customisation of the yacht, how did Southern Wind apply the Smart Custom approach?

Southern Wind has been very open to input and extremely accommodating. The process was so much more than just choosing the fabrics, colours and some features.

I already mentioned that we adapted the naval architecture with Farr to our brief.  We very much liked the original deck design, but then worked with Nauta and SWS to refine various elements including changes to the coach roof and a new transom.

We had particularly big ambitions for the design and quality of the interiors. Massimo Gino and Patrick Pigoni at Nauta developed a completely new design for us that is light and airy and will showcase the workmanship Southern Wind is capable of. The entire process was very creative, stimulating, and a lot of fun. The collaboration between Nauta, the yard and us has been very fluid and Nauta were incredible in translating our ideas into a coherent design. Their guidance on aesthetics and practical considerations was invaluable and gave us confidence while we tried to push the envelope.

Since this is the first boat of the new series, it would be lovely to see some of these new ideas finding their way in future yachts. 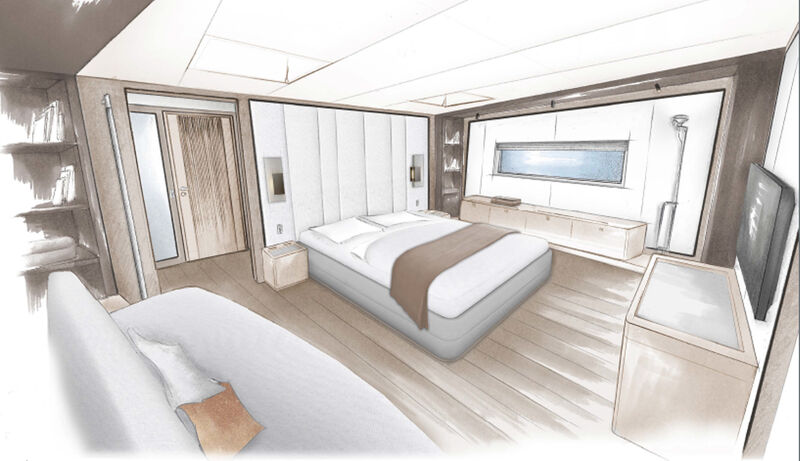 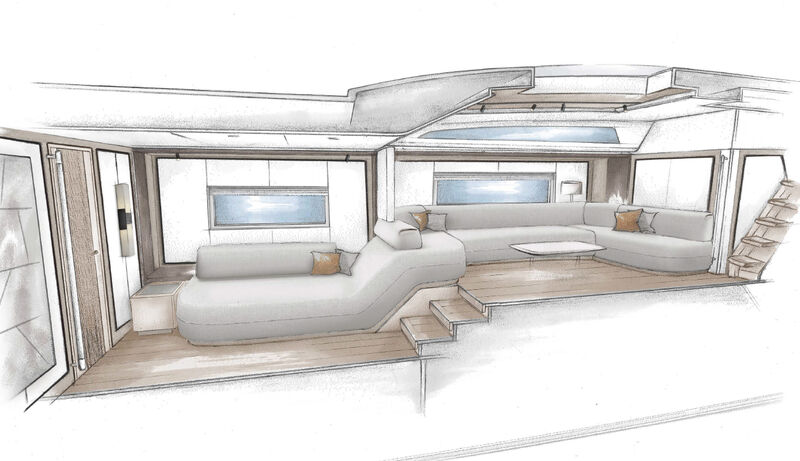 Photo: Nauta DesignWhen it comes to Southern Wind, did the community have an impact on your choosing the yard?

The superyacht sailing community is surprisingly open and Southern Wind do an outstanding job creating a sense of family among their owners and crews. We very much enjoy the prospect of becoming part of the family and this was a factor in our decision making.  For instance, the Rendezvous Regattas Southern Wind organises give owners the opportunity to compete and enjoy their yachts without the extreme competitiveness and costs that can come with some of the larger races. 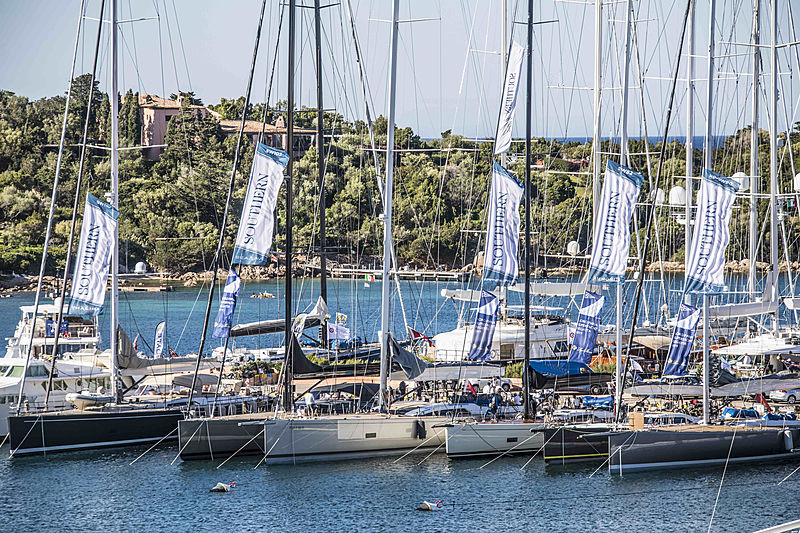 Photo: Southern WindFinally, she’s due for delivery in June 2023, what are your plans once she is in Europe?

Well, before she gets to Europe we look forward to sailing her for part of the journey from Cape Town. There are not many yards that have confidence to put their yachts through a 6,000 NM shake down trip after launch. That will be a fantastic passage and one we are really excited about.

Find out more about the Southern Wind Smart Custom approach by watching our video here.

To find out more about the Smart Custom approach offered by Southern Wind, or about the SW108 Hybrid series, get in touch with the team now: