As Lloyd Werft continues to unwrap its top-secret 140-metre project, a glimpse of the yacht’s stern this week confirmed the vessel’s identity; superyacht Solaris. 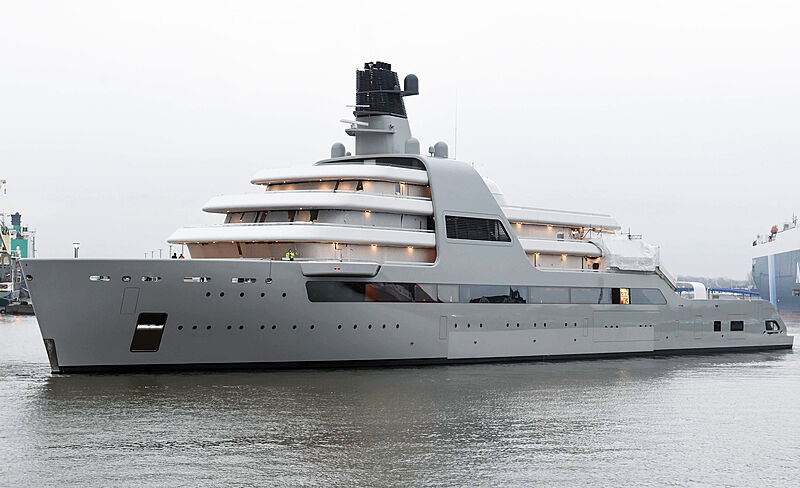 Shrouded in secrecy in Bremerhaven, Germany where the yacht has been under construction for nearly four years, Solaris is drawing ever closer to delivery with final outfitting and sea trials yet to be completed before the official handover to her owner. 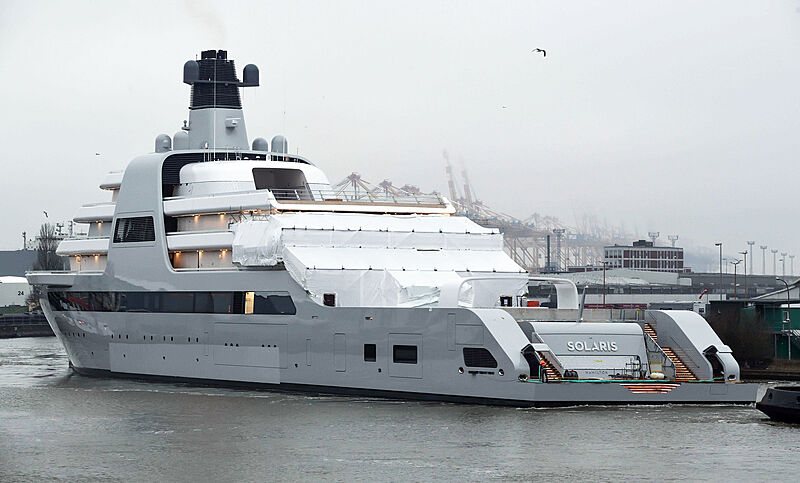 Superyacht Solaris is designed by Australian industrial designer Marc Newson, who makes his superyacht debut with this new project dressed in a light grey hull and crisp white superstructure. A defining feature is a large arch that seems to wrap around the mast and connects both sides of the hull, adding a dramatic effect to an otherwise clean and elegant profile. 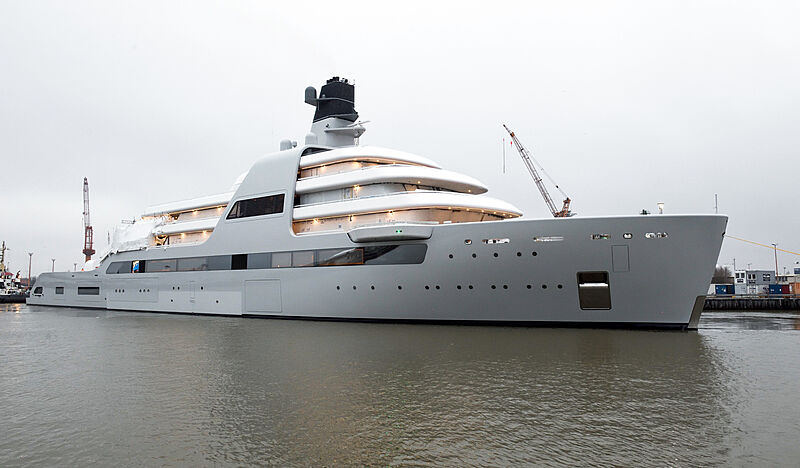 In terms of propulsion, Solaris is fitted with a power and energy management system from ABB and comes equipped with two nine-megawatt Azipods – the most powerful of its kind ever installed on a yacht. 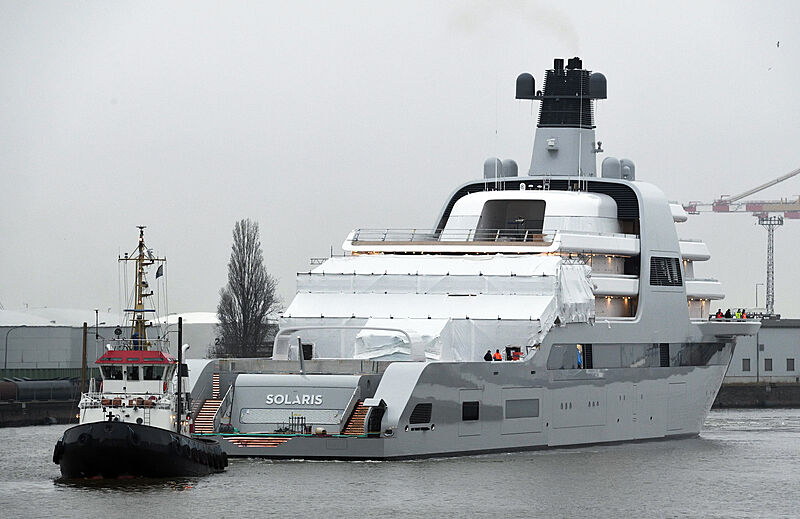 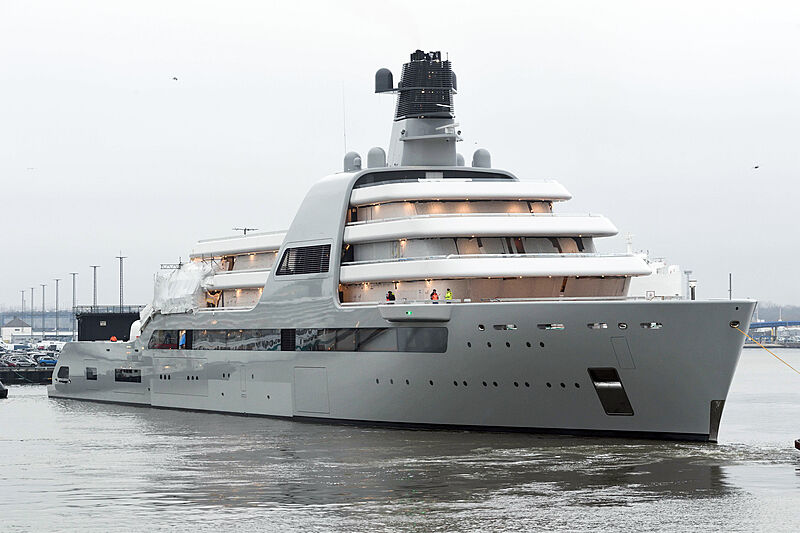